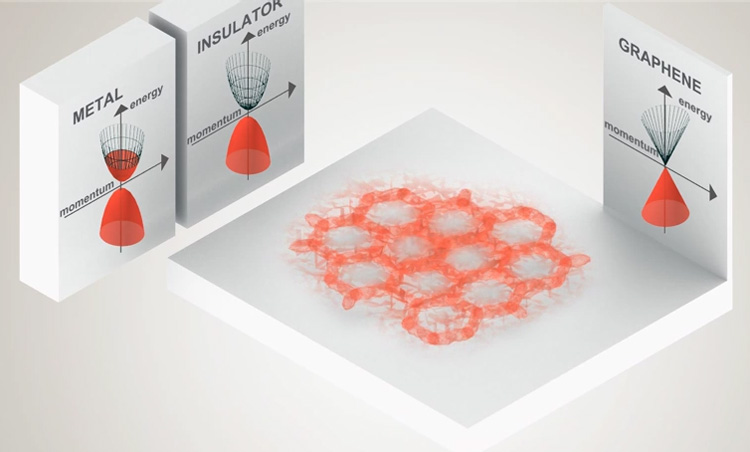 Graphene is an allotrope of carbon in the form of a two-dimensional, atomic-scale, honey-comb lattice in which one atom forms each vertex. It is the basic structural element of other allotropes, including graphite, charcoal, carbon nanotubes and fullerenes. It can also be considered as an indefinitely large aromatic molecule, the ultimate case of the family of flat polycyclic aromatic hydrocarbons.

Play media Graphene and its band structure and Dirac Cones, effect of a grid on doping Graphene has many extraordinary properties. It is about 100 times stronger than the strongest steel with a hypothetical thickness of 3.35Å which is equal to the thickness of the graphene sheet. It conducts heat and electricity efficiently and is nearly transparent. Researchers have identified the bipolar transistor effect, ballistic transport of charges and large quantum oscillations in the material.

Scientists have theorized about graphene for decades. It has likely been unknowingly produced in small quantities for centuries, through the use of pencils and other similar applications of graphite. It was originally observed in electron microscopes in 1962, but only studied while supported on metal surfaces. The material was later rediscovered, isolated and characterized in 2004 by Andre Geim and Konstantin Novoselov at the University of Manchester. Research was informed by existing theoretical descriptions of its composition, structure and properties. High-quality graphene proved to be surprisingly easy to isolate, making more research possible. This work resulted in the two winning the Nobel Prize in Physics in 2010 "for groundbreaking experiments regarding the two-dimensional material graphene." The global market for graphene is reported to have reached $9 million by 2014 with most sales in the semiconductor, electronics, battery energy and composites industries.

Graphene has a theoretical specific surface area (SSA) of 2630 m2/g. This is much larger than that reported to date for carbon black (typically smaller than 900 m2/g) or for carbon nanotubes (CNTs), from ≈100 to 1000 m2/g and is similar to activated carbon. 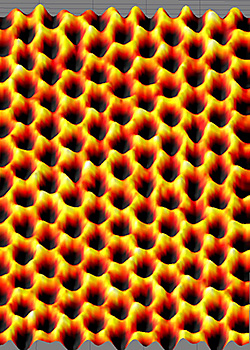 Graphene is a crystalline allotrope of carbon with 2-dimensional properties. Its carbon atoms are densely packed in a regular atomic-scale chicken wire (hexagonal) pattern.

Each atom has four bonds, one σ bond with each of its three neighbors and one π-bond that is oriented out of plane. The atoms are about 1.42 Å apart. Graphene's hexagonal lattice can be regarded as two interleaving triangular lattices. This perspective was successfully used to calculate the band structure for a single graphite layer using a tight-binding approximation.

Graphene's stability is due to its tightly packed carbon atoms and a sp2 orbital hybridization – a combination of orbitals s, px and py that constitute the σ-bond. The final pz electron makes up the π-bond. The π-bonds hybridize together to form the π-band and π∗-bands. These bands are responsible for most of graphene's notable electronic properties, via the half-filled band that permits free-moving electrons.

Graphene sheets in solid form usually show evidence in diffraction for graphite's (002) layering. This is true of some single-walled nanostructures.[60] However, unlayered graphene with only (hk0) rings has been found in the core of presolar graphite onions.[61] TEM studies show faceting at defects in flat graphene sheets and suggest a role for two-dimensional crystallization from a melt.

Graphene can self-repair holes in its sheets, when exposed to molecules containing carbon, such as hydrocarbons. Bombarded with pure carbon atoms, the atoms perfectly align into hexagons, completely filling the holes.

The atomic structure of isolated, single-layer graphene was studied by transmission electron microscopy (TEM) on sheets of graphene suspended between bars of a metallic grid. Electron diffraction patterns showed the expected honeycomb lattice. Suspended graphene also showed "rippling" of the flat sheet, with amplitude of about one nanometer. These ripples may be intrinsic to the material as a result of the instability of two-dimensional crystals, or may originate from the ubiquitous dirt seen in all TEM images of graphene. Atomic resolution real-space images of isolated, single-layer graphene on SiO2 substrates are available via scanning tunneling microscopy. Photoresist residue, which must be removed to obtain atomic-resolution images, may be the "adsorbates" observed in TEM images, and may explain the observed rippling. Rippling on SiO2 is caused by conformation of graphene to the underlying SiO2, and is not intrinsic.

Graphene is the only form of carbon (or solid material) in which every atom is available for chemical reaction from two sides (due to the 2D structure). Atoms at the edges of a graphene sheet have special chemical reactivity. Graphene has the highest ratio of edge atoms of any allotrope. Defects within a sheet increase its chemical reactivity. The onset temperature of reaction between the basal plane of single-layer graphene and oxygen gas is below 260 °C (530 K). Graphene burns at very low temperature (e.g., 350 °C (620 K)). Graphene is commonly modified with oxygen- and nitrogen-containing functional groups and analyzed by infrared spectroscopy and X-ray photoelectron spectroscopy. However, determination of structures of graphene with oxygen- and nitrogen- functional groups requires the structures to be well controlled.

Graphene is a zero-gap semiconductor, because its conduction and valence bands meet at the Dirac points. The Dirac points are six locations in momentum space, on the edge of the Brillouin zone, divided into two non-equivalent sets of three points. The two sets are labeled K and K'. The sets give graphene a valley degeneracy of gv = 2. By contrast, for traditional semiconductors the primary point of interest is generally Γ, where momentum is zero.[59] Four electronic properties separate it from other condensed matter systems.

Potential graphene applications include lightweight, thin, flexible, yet durable display screens, electric circuits, and solar cells, as well as various medical, chemical and industrial processes enhanced or enabled by the use of new graphene materials. 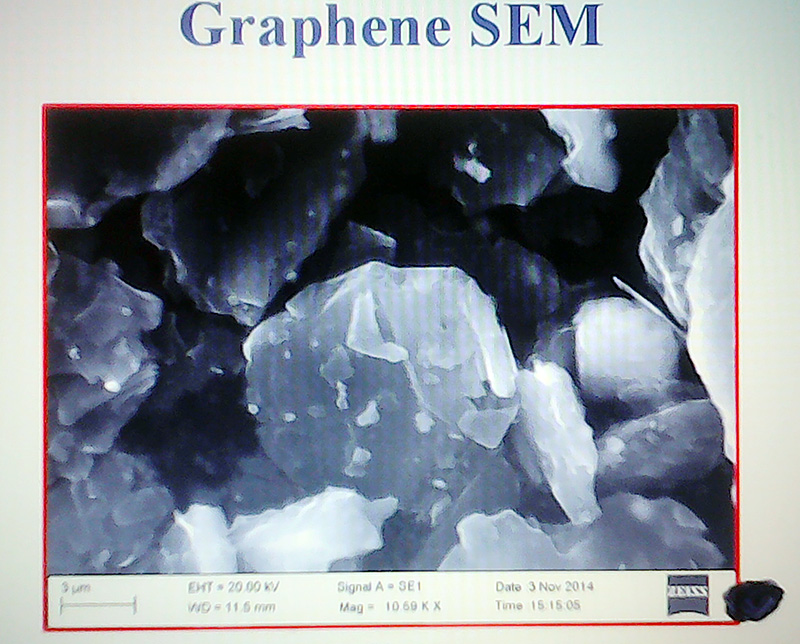 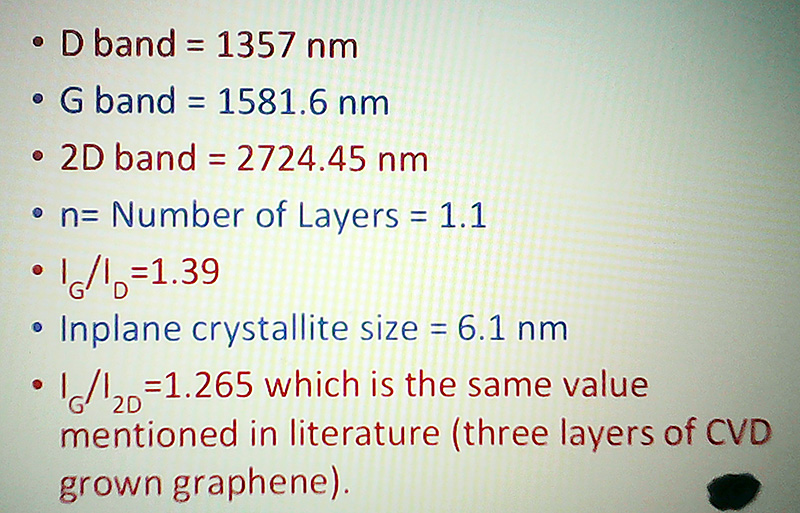 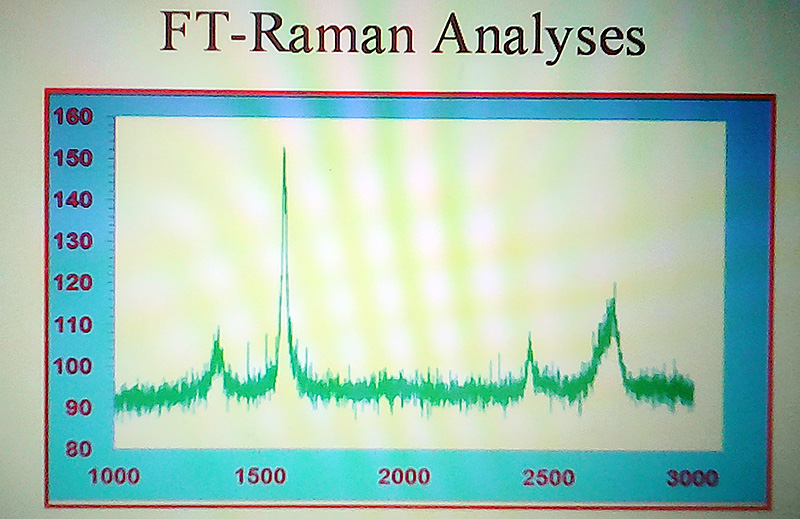 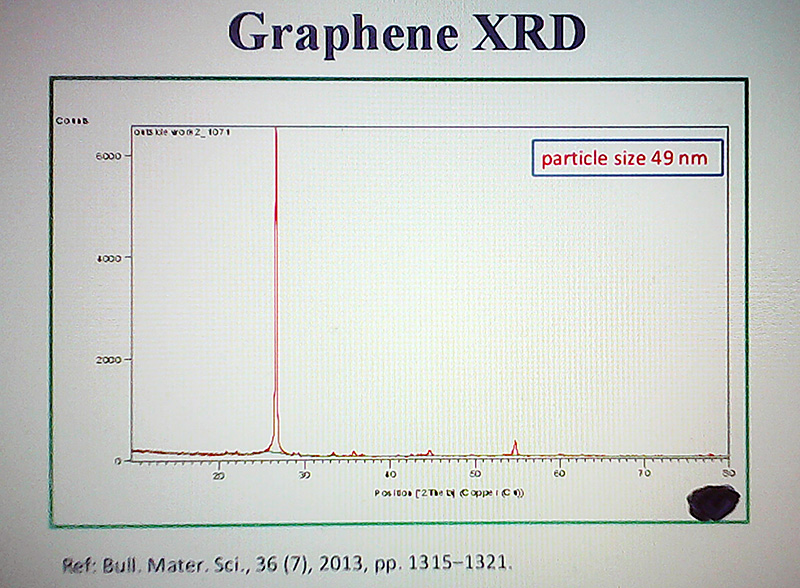 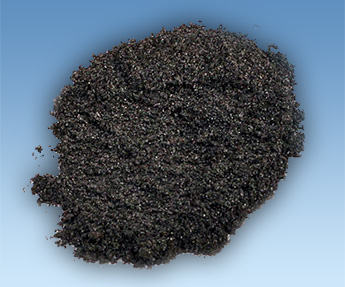 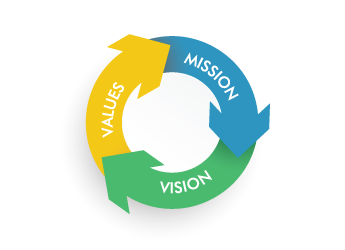 Our mission is to lead the industry to the front with complete commitment and dedication to standards, quality, productivity & customer satisfaction, & to become a sustainable export trading company to business partners & communities globally.